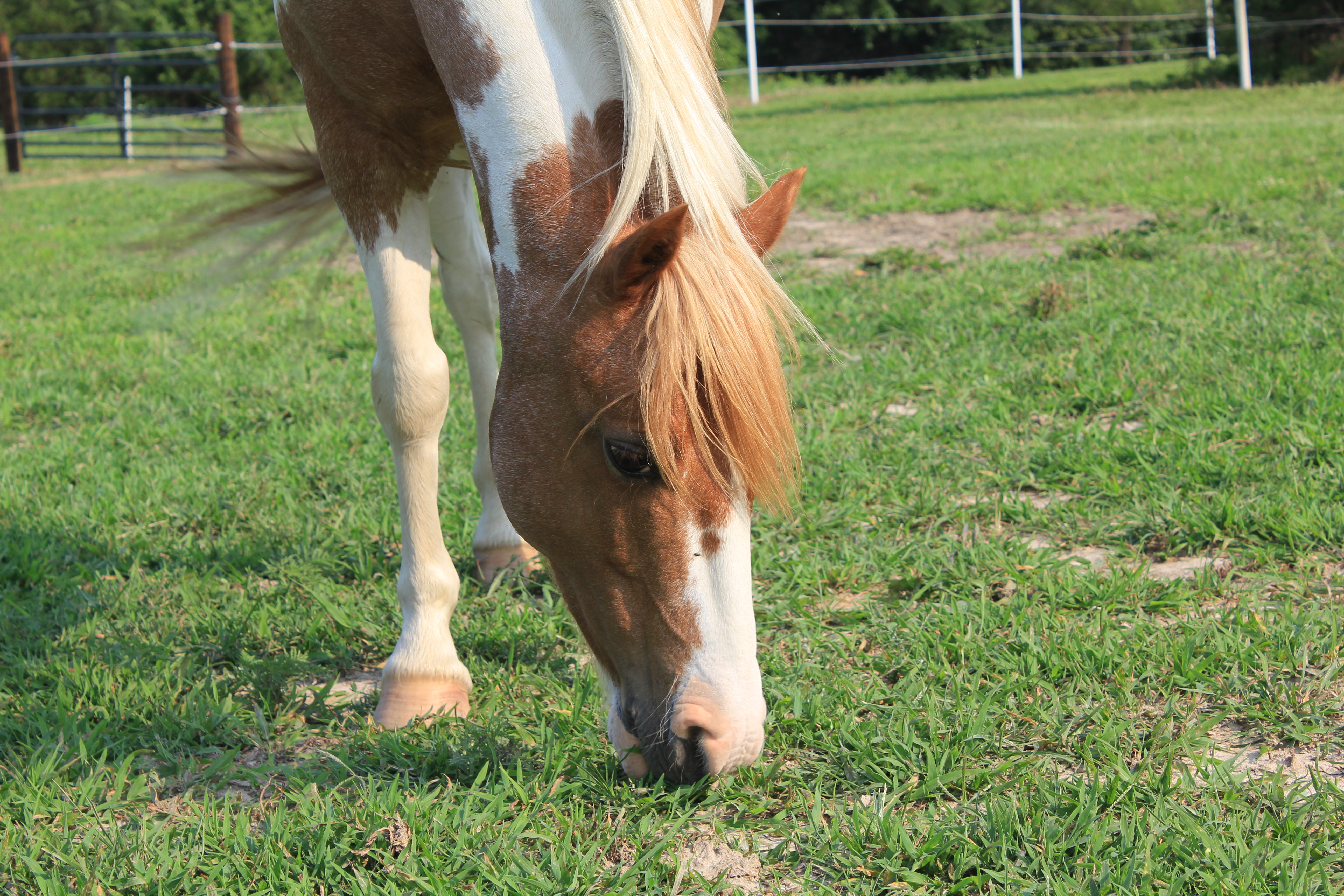 Rusty came to Son Valley Youth Ranch as a birthday present for 5 year old Zarra. He was from an amish family and a tad skinny, but he was only two. The same day we got him, the onry little pony escaped! He was soon found and returned safely.

The first time Zarra rode Rusty it didn’t turn out as expected. As Dona led Rusty and Zarra around the dogs came up barking behind them and spooked Rusty. He threw Zarra off and ran around quite shook by all the noise. After he was caught Dona hopped on him and he reared straight up and threw her off too!

After a few years of consistent riding, Rusty has became a fun little pony to ride. He is also not as easily spooked now (as long as no plastic bags are near!) and enjoys being ridden. Rusty is pretty well behaved most of the time, but will always have an onry side to him. He may be the smallest, but HE thinks he is the mighty “stallion” of the herd!

Fun Fact: Rusty loves jumping and, despite his size, is the best jumper at SVYR!